Deprecated: The each() function is deprecated. This message will be suppressed on further calls in /var/www/htdocs/wp-content/plugins/js_composer/include/classes/core/class-vc-mapper.php on line 111
 Raw Milk Tutorial - The Snap Mom
Home » Do it » Raw Milk Tutorial
Do itFeatured EpisodeFoodHealthSnap TV

The Health Benefits of Raw Milk

Our bodies use amino acids as building blocks for protein. Depending on who you ask, we need 20-22 of them for this task. Eight of them are consideredessential, in that we have to get them from our food. The remaining 12-14 we can make from the first eight via complex metabolic pathways in our cells. Raw cow’s milk has all 8 essential amino acids in varying amounts, depending on stage of lactation. About 80% of the proteins in milk are caseins- reasonably heat stable and, for most, easy to digest. The remaining 20% or so are classed as whey proteins, many of which have important physiological effects (bioactivity) . Also easy to digest, but very heat-sensitive , these include key enzymes (specialized proteins) and enzyme inhibitors, immunoglobulins (antibodies), metal-binding proteins, vitamin binding proteins and several growth factors. Current research is now focusing on fragments of protein (peptide segments) hidden in casein molecules that exhibit anti-microbial activity. Lactoferrin, an iron-binding protein, has numerous beneficial properties including (as you might guess) improved absorption and assimilation of iron, anti-cancer properties and anti-microbial action against several species of bacteria responsible for dental cavities. Recent studies also reveal that it has powerful antiviral properties as well. Two other players in raw milk’s antibiotic protein/enzyme arsenal are lysozyme andlactoperoxidase. Lysozyme can actually break apart cell walls of certain undesirable bacteria, while lactoperoxidase teams up with other substances to help knock out unwanted microbes too. The immunoglobulins, an extremely complex class of milk proteins also known asantibodies, provide resistance to many viruses, bacteria and bacterial toxins and may help reduce the severity of asthma symptoms. Studies have shown significant loss of these important disease fighters when milk is heated to normal processing temperatures.

Approximately two thirds of the fat in milk is saturated. Good or bad for you? Saturated fats play a number of key roles in our bodies: from construction of cell membranes and key hormones to providing energy storage and padding for delicate organs, to serving as a vehicle for important fat-soluble vitamins. All fats cause our stomach lining to secrete a hormone (cholecystokinin or CCK) which, aside from boosting production and secretion of digestive enzymes, let’s us know we’ve eaten enough. With that trigger removed, non-fat dairy products and other fat-free foods can potentially help contribute to over-eating. Consider that, for thousands of years before the introduction of the hydrogenation process (pumping hydrogen gas through oils to make them solids) and the use of canola oil (from genetically modified rapeseed), corn, cottonseed, safflower and soy oils, dietary fats were somewhat more often saturated and frequently animal-based. (Prior to about 1850, animals in the U.S. were not so heavily fed corn or grain). Use of butter, lard, tallows, poultry fats, fish oils, tropical oils such as coconut and palm, and cold pressed olive oil were also higher than levels seen today. (29)(30) Now consider that prior to 1900, very few people died from heart disease. The introduction of hydrogenated cottonseed oil in 1911 (as trans-fat laden Crisco) helped begin the move away from healthy animal fats, and toward the slow, downward trend in cardiovascular health from which millions continue to suffer today. CLA, short for conjugated linoleic acid and abundant in milk from grass-fed cows, is a heavily studied, polyunsaturated Omega-6 fatty acid with promising health benefits. It certainly does wonders for rodents, judging by the hundreds of journal articles I’ve come across! There’s serious money behind CLA, so it’s a sure bet there’s something to it.

Among CLA’s many potential benefits: it raises metabolic rate, helps remove abdominal fat, boosts muscle growth, reduces resistance to insulin, strengthens the immune system and lowers food allergy reactions. As luck would have it, grass-fed raw milk has from 3-5 times the amount found in the milk from feed lot cows.

Our bodies, each with a biochemistry as unique as our fingerprints, are incredibly complex, so discussions of minerals, or any nutrients for that matter, must deal with ranges rather than specific amounts. Raw milk contains a broad selection of completely available minerals ranging from the familiar calcium and phosphorus on down to trace elements, the function of some, as yet, still rather unclear. A sampling of the health benefits of calcium, an important element abundant in raw milk includes: reduction in cancers, particularly of the colon:  higher bone mineral density in people of every age, lower risk of osteoporosis and fractures in older adults; lowered risk of kidney stones; formation of strong teeth and reduction of dental cavities, to name a few. An interesting feature of minerals as nutrients is the delicate balance they require with other minerals to function properly. For instance, calcium needs a proper ratio of two other macronutrients, phosphorus and magnesium, to be properly utilized by our bodies. Guess what? Nature codes for the entire array of minerals in raw milk (from cows on properly maintained pasture) to be in proper balance to one another thus optimizing their benefit to us.

Milk contains about 3mg of cholesterol per gram – a decent amount. Our bodies make most of what we need, that amount fluctuating by what we get from our food. Eat more, make less. Either way, we need it. Why not let raw milk be one source? Cholesterol is a protective/repair substance. A waxy plant steroid (often lumped in with the fats), our body uses it as a form of water-proofing, and as a building block for a number of key hormones. It’s natural, normal and essential to find it in our brain, liver, nerves, blood, bile, indeed, every cell membrane.  The best analogy I’ve heard regarding cholesterol’s supposed causative effects on the clogging of our arteries is that blaming it is like blaming crime on the police because they’re always at the scene. Seriously consider educating yourself fully on this critical food issue. It could, quite literally, save your life. See my Cholesterol Primer to learn the truth. 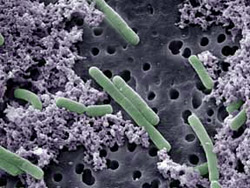 A Word About Diet In General

Use common sense and stick with whole, unprocessed foods, free from genetic tweaking (there’s still just too much conflicting information out there on that topic), and you’ll likely be ahead of the game. Cook your foods minimally, and you’ll be even better off. Learn about sprouting and fermentation. Question everything before letting it past your lips. Explore what worked for countless generations before ours, and put it to work for yourself today. You can achieve great health by diet alone. I’ve done it, and so can you! (courtesy of raw-milk-facts.com)